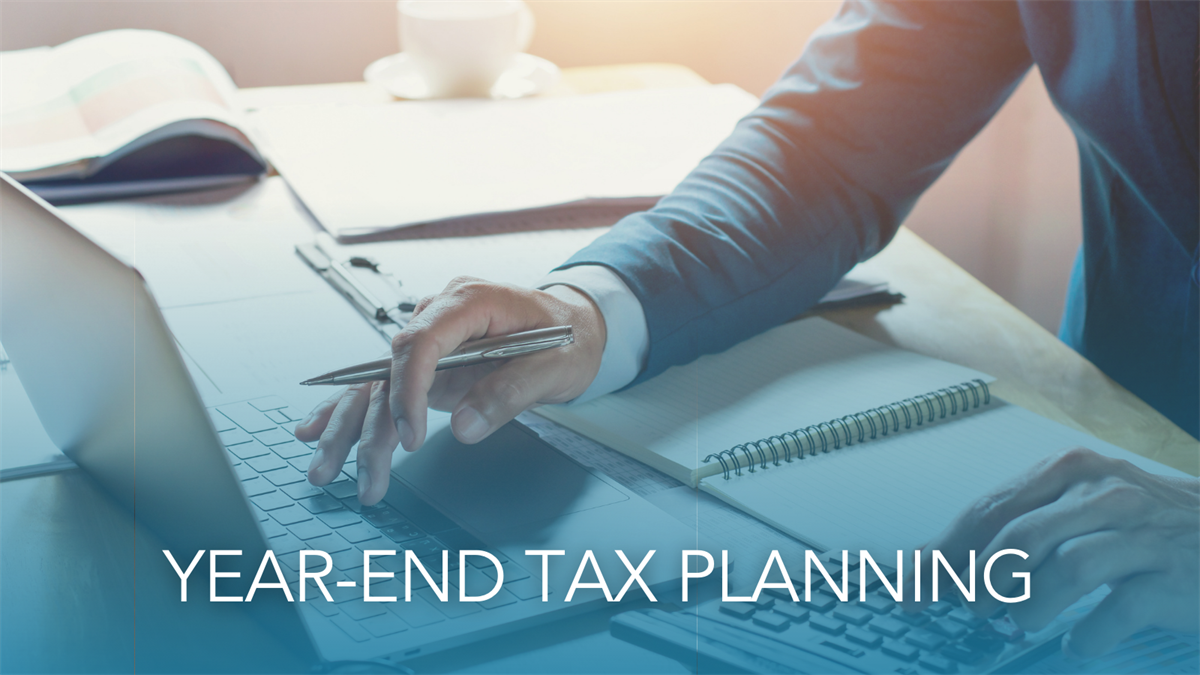 As the end of the year approaches, it's time to consider strategies that could help you reduce your tax bill. But most tax tips, suggestions, and strategies are of little practical help without a good understanding of your current tax situation. This is particularly true for year-end planning. You can't know where to go next if you don't know where you are now.

So take a break from the usual fall chores and pull out last year's tax return, along with your current pay stubs and account statements. Doing a few quick projections will help you estimate your present tax situation and identify any glaring issues you'll need to address while there's still time.

When it comes to withholding, don't shortchange yourself

If you project that you'll owe a substantial amount when you file this year's income tax return, ask your employer to increase your federal income tax withholding amounts. If you have both wage and consulting income and are making estimated tax payments, there's an added benefit to doing this: Even though the additional withholding may need to come from your last few paychecks, it's generally treated as having been withheld evenly throughout the year. This may help you avoid paying an estimated tax penalty due to underwithholding.

Of course, if you've significantly overpaid your taxes and estimate you'll be receiving a large refund, you can reduce your withholding accordingly, putting money back in your pocket this year instead of waiting for your refund check to come next year.

Will you suffer the alternative?

Originally intended to prevent the very rich from using "loopholes" to avoid paying taxes, the alternative minimum tax (AMT) now reaches further into the ranks of middle-income taxpayers. The AMT is governed by a separate set of rules that exist in parallel to those for the regular income tax system. These rules disallow certain deductions that you are allowed to include in computing your regular income tax liability, and treat specific items, such as incentive stock options, differently. As a result, AMT liability may be triggered by such items as:

So when you sit down to project your taxes, calculate your regular income tax on Form 1040, and then consider your potential AMT liability using Form 6251. If it appears you'll be subject to the AMT, you'll need to take a very different planning approach during the last few months of the year. Even some of the most basic year-end tax planning strategies can have unintended consequences under AMT rules. For example, accelerating certain deductions into this year may prove counterproductive since AMT rules may require you to add them back into your income. If you think AMT is going to be a factor, consider talking to a tax professional about your specific tax situation.

The last few months of the year may be the time to consider delaying or accelerating income and deductions, taking into consideration the impact on both this year's taxes and next. If you expect to be in a different tax bracket next year, doing so may help you minimize your tax liability. For instance, if you expect to be in a lower tax bracket next year, you might want to postpone income from this year to next so that you will pay tax on it next year instead. At the same time, you may want to accelerate your deductions in order to pay less tax this year.

To delay income to the following year, you might be able to:

To accelerate deductions into this year:

The gifts that give back

If you itemize your deductions, consider donating money or property to charity before the end of the current tax year in order to increase the amount you can deduct on your taxes. As an aside, now is also a good time to consider making noncharitable gifts. You may give up to $15,000 (in 2019 and 2020) (twice that amount for a married couple) to as many individuals as you want without incurring any federal gift tax consequences. If you gift an appreciated asset, you won't have to pay tax on the gain; any tax is deferred until the recipient of your gift disposes of the property.

To reduce your taxable income this year, consider maximizing pretax contributions to an employer-sponsored retirement plan such as a 401(k). You won't be taxed on the contributions you make now, and you may be in a lower tax bracket when you do eventually withdraw the funds and report the income. (Note that if you take withdrawals from the plan before age 59½, you'll generally be subject to a 10 percent penalty tax in addition to any income tax due, unless an exception applies.)

If you qualify, you might also consider making either a tax-deductible contribution to a traditional IRA or an after-tax contribution to a Roth IRA. In the first instance, a current income tax deduction effectively defers income — and its taxation — to future years (as with a retirement plan, an additional 10 percent penalty tax will apply to withdrawals made prior to age 59½ in addition to any income tax due, unless an exception applies); in the second, while there's no current tax deduction allowed, qualifying distributions you take later will be tax free. You'll generally have until the due date of your federal income tax return to make these contributions.

Tax planning can be complicated. Consider seeking the assistance of a tax professional to determine what year-end tax planning moves, if any, are right for your individual circumstances.